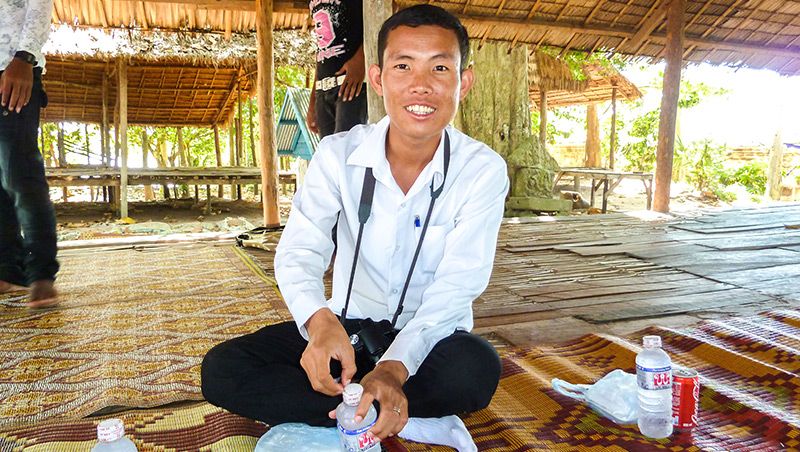 Savong’s dream of bringing free English language instruction to rural Cambodia started to take shape in 2004 when he met two visitors from Japan, Yoshikazu Tsuji and Makoto Kimura, and a visitor from New Zealand, Duncan Stuart. Together they formed the initial support that led to the construction of the Savong School in 2005.

The Savong School is located about 30 minutes east of Siem Reap which is located in the northern part of Cambodia. It is primarily an English language school but there are also Japanese as well as Korean classes. Thanks to supporters from around the world, the school provides instruction to several hundred enrolled students who attend the classes voluntarily and without cost to them.

Besides education, Savong saw the enormous need to help the children in the community whose families were dealing with the issues associated with extreme poverty. In 2009, the Savong Orphan Center (later called the Children’s Home) was built which provided food, shelter and education for over thirty children.

Over the next few years, Savong continued with his ambitious projects. He worked with an Austrian group to create the Happy Sunshine Organization. This living/education center provides housing for underprivileged students as well as English and computer instruction. This is now the “hub” of all the Savong NGO branches and a few of the Savong Foundation students live there.

By fulfilling needs and opening up opportunities, there is no doubt that Savong continues to make a huge impact in the lives of many Cambodians and this dedication and care for others is inspiring no matter where you live in the world.