The Savong Foundation has board members in the United States and a small number of staff in Cambodia to make sure all our programs are working as smoothly as possible. Here is our team: 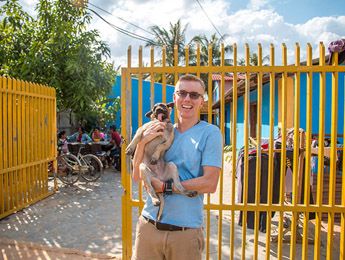 Dr. Phil established the Savong Foundation as a 501(c)(3) nonprofit in May 2011 after visiting Cambodia for many years and falling in the love with the people and their desire to improve themselves especially through education. Although he is Canadian, he has spent most of his adult years in the United States and makes a living as a small animal veterinarian. 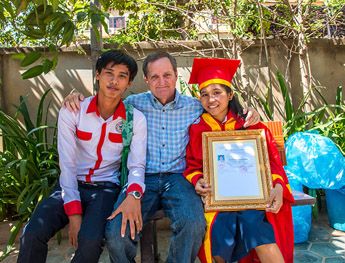 Scholarship Manager
Eddie works for Zoetis, the world’s largest animal health company, where he helps veterinarians understand medications for dogs and cats. He is also a veteran of the United States Air Force having served 12 years as a missile operations officer and contingency planner. He visits Cambodia annually and works with our Cambodian staff to ensure our scholarship student program is operating smoothly. 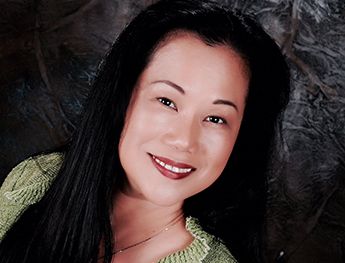 Jenny Lau is a CPA and President in the Certified Public Accounting firm of Topp and Lau, Inc. She lives in La Habra, California with her husband and two children. Having been deprived early on of education herself, she contributes both time and money to her immediate and extended communities to combat illiteracy. Jenny is a board member of the Savong Foundation, which sponsors tuitions and, when necessary, provides food and accommodation to eligible students so they may attend a private school with the aim of completing a university education.

Jenny came from a humble beginning. Arriving in America at age twelve, illiterate and traumatized, she worked full-time alongside her family to contribute to their fragile new beginning, while concurrently pursuing her education and learning how to survive the challenges of her new country. The struggles of her early years and her understanding of life’s harsh realities served her well in her studies at the University of California, Irvine where she earned dual degrees in Chinese and Chinese Literature, and Economics.

Jenny was born in Cambodia in 1970, the third of seven children. She was just five years old when the Khmer Rouge forcibly relocated her family and most of Cambodia to live and work in one giant concentration camp. She endured years of living in perpetual fear, under constant threat of starvation, disease, and even execution. The family’s daily survival depended on finding the next drop of water, the next grain of rice. One third of the population of Cambodia perished in the killing fields and concentration camps under the Khmer Rouge. Against these incredible odds, Jenny’s family survived. Jenny’s memoir Beautiful Hero: How We Survived the Khmer Rouge, which garnered 5 awards, documents her family’s journey from an idyllic rural town, through forced marches and concentration camps of war-torn Cambodia, to a new life in the United States. It is the story of their sacrifice, survival and triumphs. 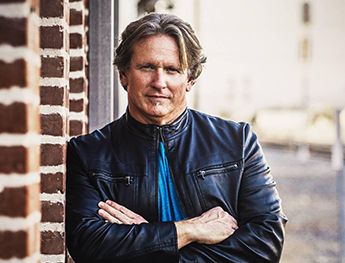 Sean Heim received his Bachelor of Music degree from Rowan University, his Master of Music from Arizona State University, and his Ph.D. from The University of Queensland in Brisbane, Australia. His work as a composer, which frequently involves interdisciplinary elements, reflects the techniques and aesthetic of his own western tradition as well as principles and musical elements from numerous cultures – particularly those of indigenous peoples. His most recent works explore human interconnectedness with environment/place by means of a musical language that increasingly reflects the intrinsic voice of nature.

Heim has received numerous awards, honors, and commissions from such prestigious institutions as the Fromm Music Foundation, the National Endowment for the Arts, Meet the Composer, the American Music Center, the Atlantic Center for the Arts, the American Composers Forum, and the ASCAP Foundation Rudolf Nissim Prize. His discography includes releases on Sono Luminus, Eine Klang, and Capstone Records. He currently resides in Southern California and is Professor of Music and Director of Music Composition/Theory at Chapman University. He is the Director of Curriculum for the Nirmita Composers Workshop. 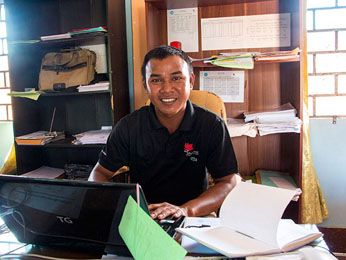 Rathana works closely with our students and makes sure that we receive their monthly grades and attendance and addresses any problems as they arise. He was employed New Hope Cambodia for 6 years before he started to work for the Savong NGO. He is a graduate of Angkor University and lives with his wife and young son in Siem Reap.

“It takes a whole village to raise a child”